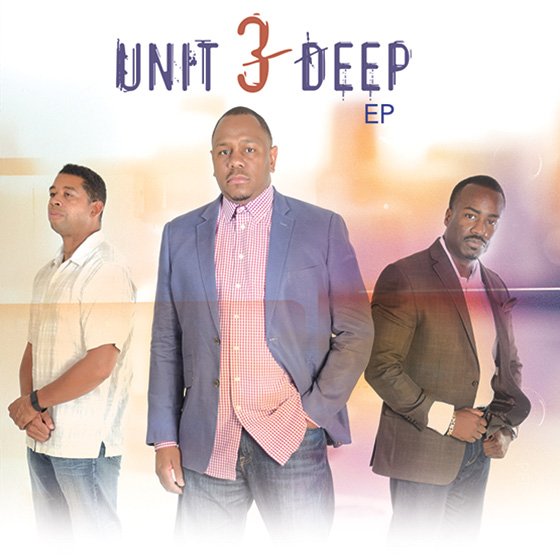 Follow me on social media for free downloads and news updates.

Born in Rapid City, South Dakota on April 3, 1965, David Dyson relocated to Washington, D.C. with his parents at an early age of two. He began his education in D.C. public schools, later moving to the metropolitan Washington area and attending Maryland public schools. During this period, David played baritone (euphonium) in school and in county orchestras earning superior ratings on his instrument.

After hearing recordings of Larry Graham and Louis Johnson, the desire to switch to the bass was overwhelming. At age 12, David's parents presented him with a beginner's bass guitar.

Excelling rapidly, he eventually achieved the "outstanding bandmember" award during his high school senior year. After witnessing David's participation in school, church, local top 40, R&B, funk and Go-Go bands (along with numerous studio sessions with local gospel artists), his parents were convinced that his talent was worth nurturing and supportive of his matriculation at Berklee College of Music, where more growth ensued.

Exposed to various idioms, David was able to absorb an array of musical flavors, as well as perform in diverse musical situations. Upon graduation, David locked in the position of bassist with Polygram recording artist, Walter Beasley.

In January 1989, he was called to audition for Maurice Starr (Producer of New Kids On The Block) and landed the gig. Eventually, earning the position of musical director, David helped to take their live show to an unprecedented pinnacle.

In February, 1992, he moved on to tour and/or record with a vast selection of artists spanning from world renown jazz saxophonist, Chico Freeman, to R&B fame of songwriter/singer/bassist and 1997 Downbeat Poll winner Me'Shell N'degeocello.

In December, 1999, David formed an allegiance with Marimelji Entertainment Group which led to the release of "Soulmates," nationally, though Warner Brothers (WEA). His second release, "The Dawning" also garnering critical acclaim, was released on his own label "Lohandfunk."

Throughout his career, David has earned quite a reputation as a bassist, songwriter, arranger and producer. He continues to strive for excellence as one of today's most promising artists. 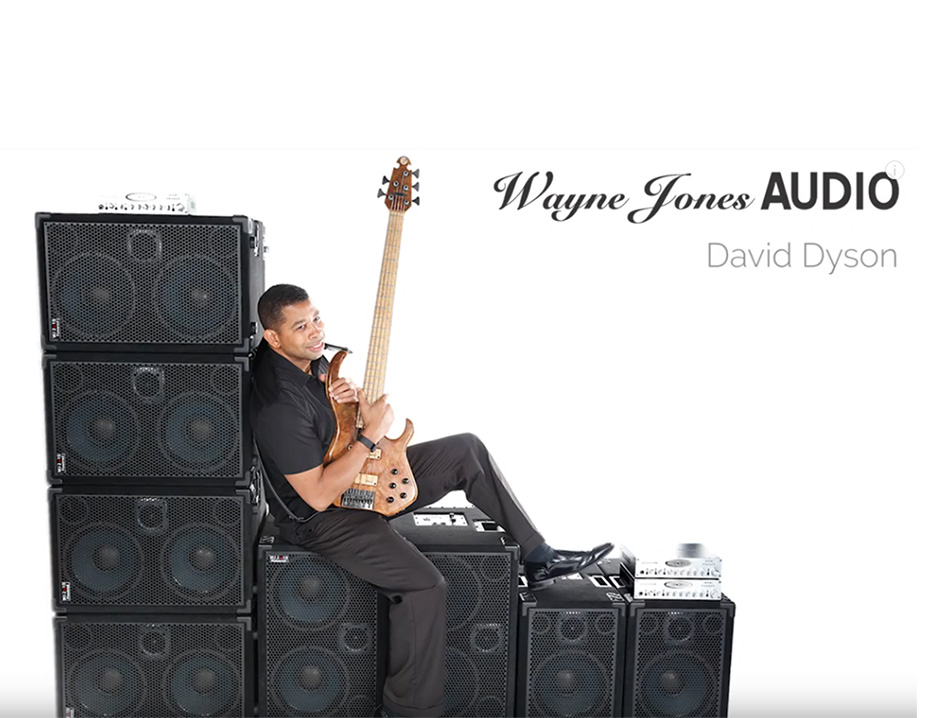 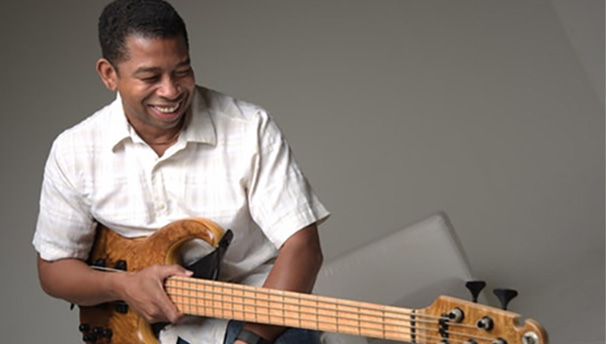 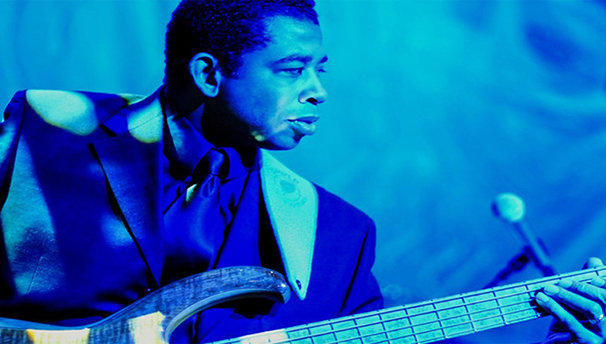 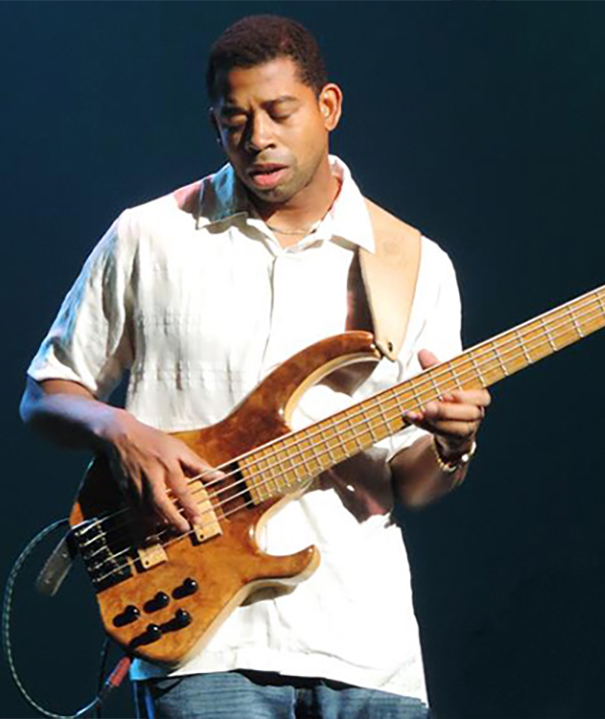 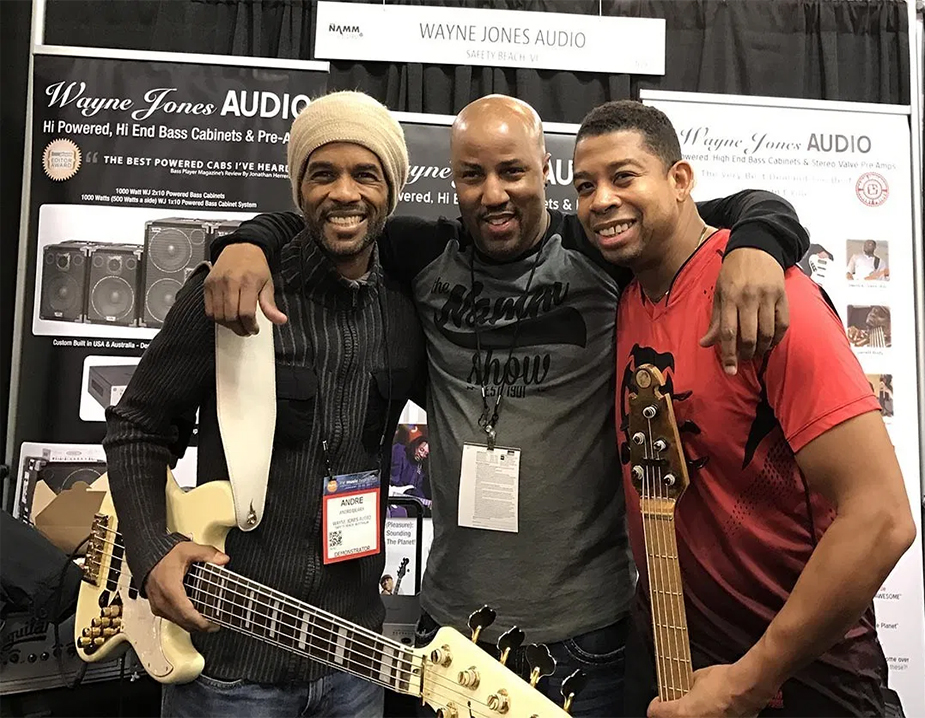 We design and build innovative utility gear and accessories for creative professionals. Our "Make Life Gruv" mantra is central to our mission: Offer thoughtful products that help you be more efficient, reduce stress and strain, and as a result, enjoy gruvin' longer!

"My Skjold basses are the first basses I've ever owned to totally satisfy my performance and sonic needs. Every studio session and every performance is a pleasure and the versatility of tones is unparalleled. I am totally SOLD ON SKJOLD!." - David Dyson
Check out An Interview with David Dyson

I am proud to announce that NAMM 2016 has yielded my being newly endorsed by Wayne Jones Audio Amps and speaker cabinets. I'm honored to be onboard with this great company and product.

I am proud to announce that I endorse Cordial Cables because Cordial cables deliver your sound, plain and simple. No BS, no hype, no techno-speak mumbo-jumbo. Just exceptional German quality, hand-soldered Neutrik connectors, road-worthy jackets, and musician-friendly prices—all backed by a lifetime warranty. You put your all into your music and your tone. Now imagine actually hearing it. All of it.